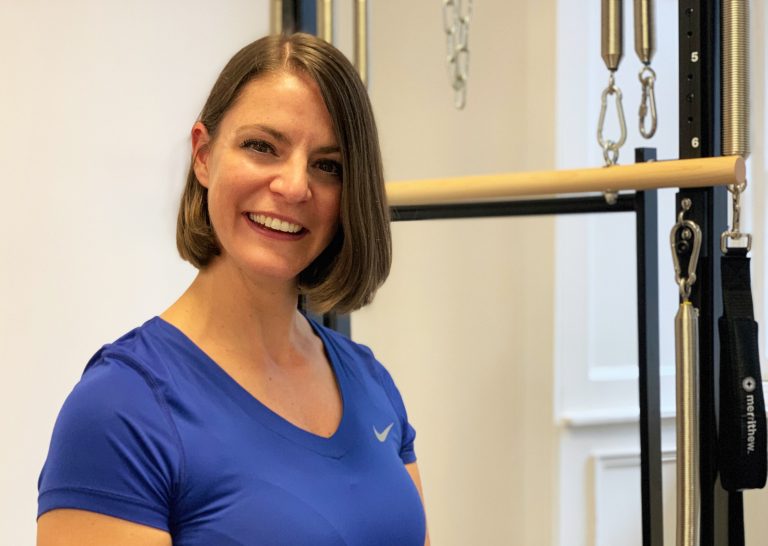 Director of Pointe Ahead Ltd,

Part of the reason why Rachel feels so confident sharing the benefits of Pilates with her students is because she is a living example of them. After undergoing two back operations in 1996 and 2010, Pilates was one of the main techniques Rachel used to regain and maintain her strength in order to lead an active life during and post recovery.

Before moving to Edinburgh in the summer of 2019, Rachel worked as a Pilates Instructor and Personal Trainer in London. Here, she learnt one of the many contemporary Pilates methodologies, STOTT PILATES® and became a fully certified instructor. STOTT PILATES® builds upon the original exercises developed by Joseph Pilates whilst incorporating today’s more advanced knowledge of body mechanics and athletic performance enhancement.

Rachel has an extensive background in fitness and dance, having trained as a classical dancer and working in the profession from the age of 9. She has worked with many clients from all backgrounds and abilities, helping them to achieve strength, control and flexibility. She thrives on training clients to reach levels that they never thought possible whether they are professional athletes, office workers, mums or those requiring rehabilitation. Her enthusiasm and dedication has helped many people improve their fitness and take control of their own health through Pilates – which is only fitting, as the original name for Pilates was ‘Contrology’. 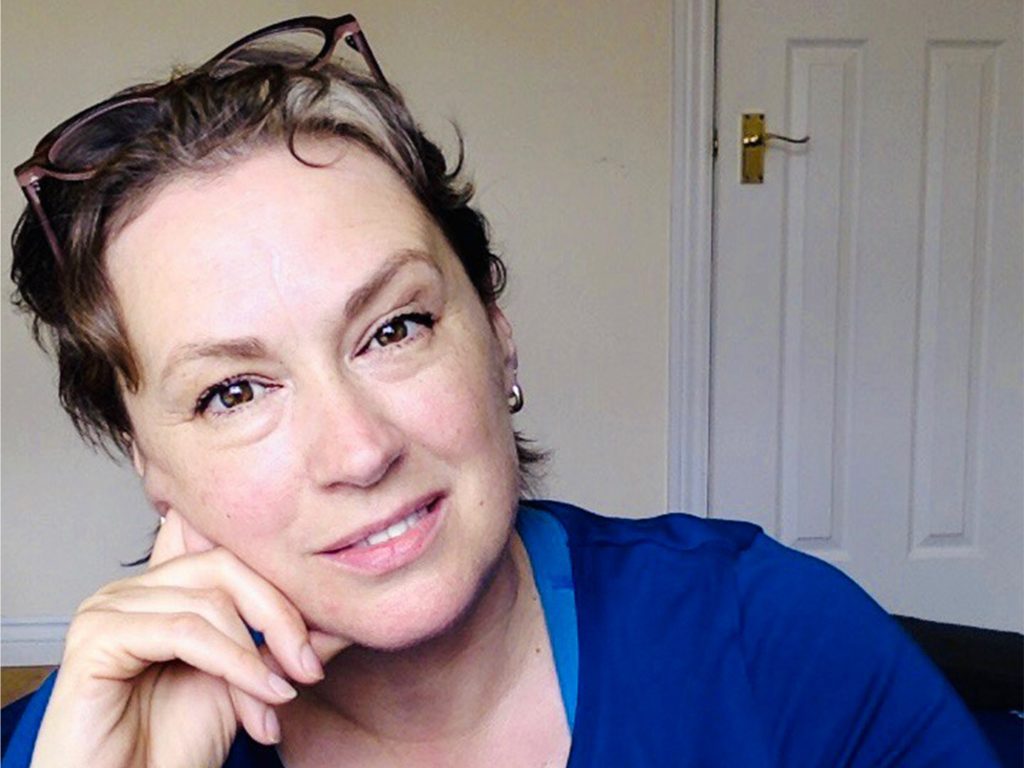 Fiona’s interest in movement started at the age of seven when she took up Yoga as a way of managing pain from a spinal injury.  This set Fiona on a path to learn more about the body and how it moves and functions… in 1989 Fiona qualified as a personal trainer and sports massage therapist, then in 1991 Fiona discovered and fell in love with the Pilates method.

Over the last thirty years Fiona has studied many movement modalities including TRX, Gyrokinesis, Aerial Yoga, Static Trapeze and Kettlercise.  She has also completed multiple Pilates teacher trainings in both mat and apparatus with several schools/styles of the Pilates method, including the Kane School of Core Integration, The Pilates Foundation, The Kathy Grant Heritage Training, Body Control Pilates and The Madeline Black Method.  Fiona brings all of this eclectic knowledge to her teaching and believes firmly that Pilates is never a one size fits all deal.

Fiona is also an Adore Your Pelvic Floor coach and the teacher trainer for Scotland and is increasingly in demand for her understanding of pelvic floor disfunction  As well as rehabilitation of spinal, hip, neck and shoulder issues.  She approaches each client with patience and humour, and is passionate about empowering her students to build awareness and confidence in their own bodies. 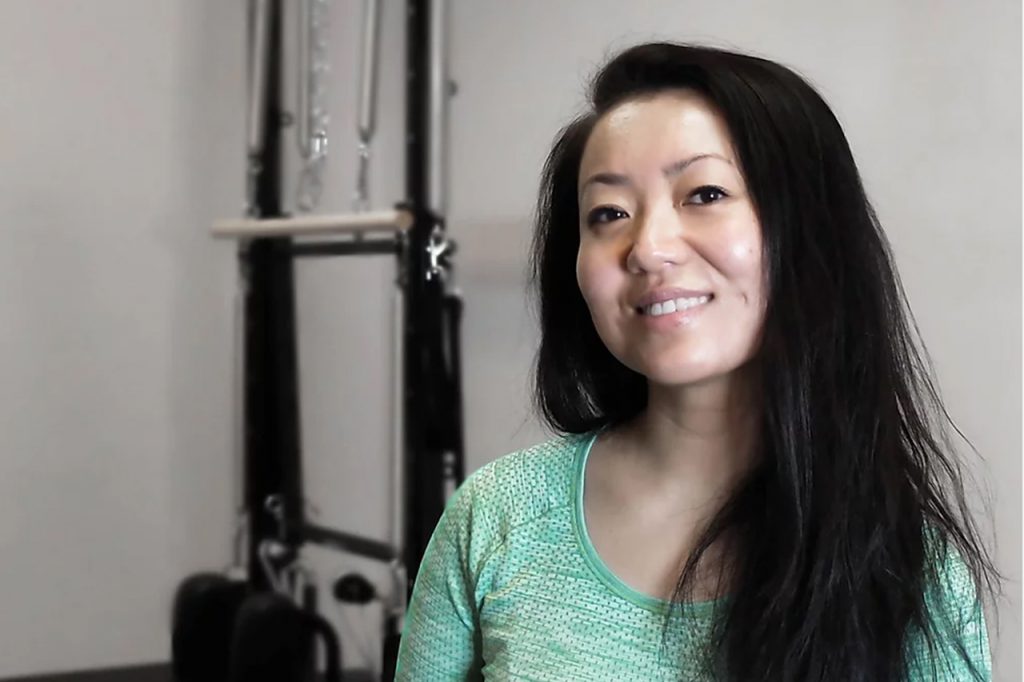 For Amanda Pilates is not only a physical exercise, but a tool and a movement language to help you to align your body and mind to its highest potential. Regardless of your background or the physical level, as a Pilates instructor, she wants to take her students on a journey through precise movement to find strength, flexibility and grace with a touch of playfulness. She strongly believes that physical well-being and mental well-being are the keys to a productive and fulfilled life. She will create programs and building blocks that help her students to reach these goals.

Amanda’s classes are built on the BASI Pilates Block System® principles and combining anatomical and somatic knowledge she gained through out her Contemporary Dance education and professional dance career in Switzerland, Denmark and Belgium. To recover from her dance injuries, Amanda moved back to The Netherlands in 2016. She took Pilates classes with Amy Cox at The Movement Practice, where she discovered the BASI Pilates method. Through Pilates, her body alignment improved and she regained her full body strength. Having experienced these benefits, Amanda decided to share it with others by becoming a Pilates instructor. She completed her BASI Comprehensive Global Teacher Training in Amsterdam and have taught in both Amsterdam and Edinburgh.

When not learning, teaching or living, she does Yoga and Meditation to delight her spirit.

‘Contrology’, or what we know today as Pilates, was developed by Joseph Hubertus Pilates in the early twentieth century. As a child, Pilates was afflicted by a variety of medical conditions, so it’s understandable that his passion in adulthood focused on improving people’s health and wellbeing.

During WW1, German nationals like Pilates were interned in camps on the Isle of Man. It is believed that Pilates worked as a hospital orderly during the war, helping to rehabilitate soldiers by building equipment out of any materials he could find, including bedsprings, to support their limbs. It is said that this equipment served as the prototype for the apparatus Pilates instructors use today in their classes, such as the Reformer and the Cadillac.

After the war, Pilates moved to New York, where he set up the Pilates Studio. He created over 500 exercises which emphasised the importance of breathing technique, core strength and correct posture, as well as the connection between the body and mind. He died in 1967.

Contact Us
"Rachel’s been my PT for over 4 years and I have loved her energy and her dedication to helping me reach my goals. One of the aspects that I really think encouraged me about Rachel’s sessions is the fact that she listened to me, and thinks on her feet. I had persistent issues when we started (back, stiff neck) that flared at any moment and Rachel adapted my sessions accordingly. Her method of starting our journey together slowly, correcting techniques and gaining my trust has meant that I very really cancelled a session. When she got her qualifications in Pilates all her clients, me included, got a renewed trainer. The Pilates course that she added to my sessions meant I gained a new level of fitness. Rachel’s friendly nature, laughter and genuine love her job of helping me, as I said, has meant I’ve reached goals and gained new ones. I wish Rachel lots of luck in her future, I’ll miss our sessions but where ever she goes her clients will be luckiest and most looked after clients around!"
Corinne
Nanny